Adidas and New England Revolution have unveiled a new away kit for the 2019 MLS season with a patriotic nod to the original New England revolutionaries and the American War of Independence.

The Revs’ kits mirror the uniforms worn by American patriot generals from the 13 colonies that declared independence from the British Empire and would go on to form the United States of America.

Nicknamed the “Colonial,” Adidas have brought white back as the secondary kit’s primary colour, with light blue sleeves, back and sides, all brought together by navy blue trim details.

New England Revolution’s badge, a love-child of the USA 94 and Champions League logos, sits on the right breast and interestingly, the crest is the last from the MLS founding teams of 1996 not to have been redesigned. 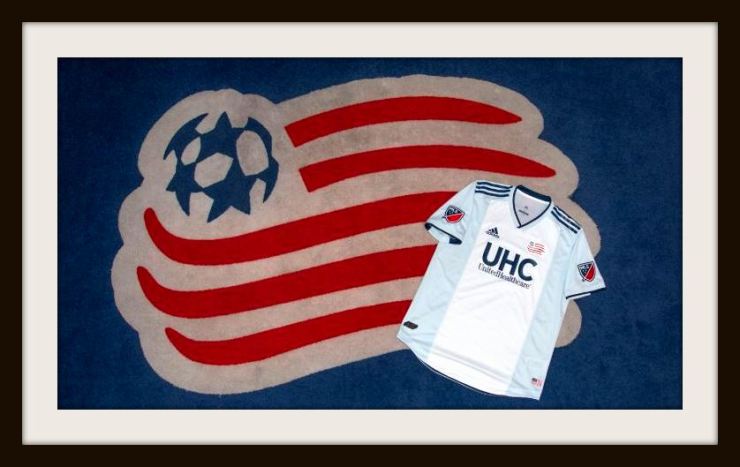 Adidas hold a league-wide contract to supply MLS teams and tend to change either the home or away kit each season in rotation, meaning the Colonial will most likely be used for the next two seasons.

We give the Colonial kits a full ten out of ten for inspiration and intention, but the finished article looks a little washed out and could have done with a stronger colour to contrast with the white.

Head coach Brad Friedel’s men will hope that this shirt lives long in the memory of Revs fans and that 2019 is the year that the league’s founding members finally break their MLS Cup hoodoo. 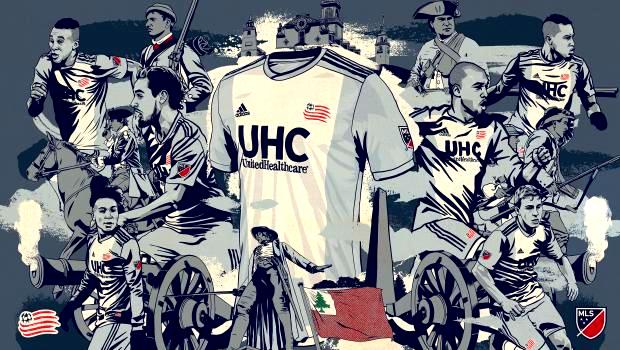 What do you think of the new Revs away kits?

The images used come from www.revolutionsoccer.net and the main illustration comes from UK based artist Peter O’Toole.